Justin G. of Quincy, IL was the first to submit a correct answer for the first homework assignment. 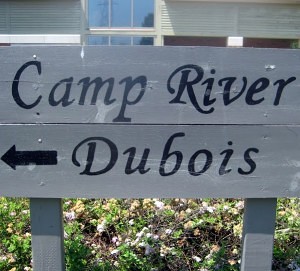 The question was related to why Lewis & Clark camped on the Illinois side of the Mississippi River in preparation of their journey.  Justin G. submitted the answer

“The East side was US territory. The transaction for the Louisiana Territory was not yet complete and Lewis and Clark honored Spain’s request to stay out of the territory until the transfer was complete.”

Here is a more complete answer from “Great River Road.com”

Cahokia was the first French settlement in the middle Mississippi Valley, being established in 1698 and for many years was the principal city in the region. Lewis arrived in Cahokia in December of 1803, and made contact with the influential residents of this town located across the river from St. Louis. Most notable of these were Nicholas Jarrot and John Hay who acted as interpreters when Lewis crossed the river to meet with the Spanish Governor Carlos Dehault Delassus. Clark arrived with the men and the boats on December 10 and waited for Lewis to return from St. Louis. When denied permission by Delassus to go up the Missouri River, the choice was made to set up winter quarters at the mouth of theWood River, directly across from the mouth of the Missouri River. Cahokia acted as post office and as a source of information and supplies during the Expedition’s stay in the region. The Cahokia Courthouse is one of the few surviving human-made structures that Lewis and Clark visited.